It used in photovoltaic solar system in which a number of solar panels are connected in series with each other providing a string, then one string or more will be connected to a single solar inverter called central inverter. The inverter will convert strings DC voltage to AC voltage which can be usable in our house to run our appliances/equipment or to be connected to the electricity grid forming grid tie solar system. Usually the number of solar panels in one string are between five and thirteen panels, it differs based on what will be required string overall power capacity and DC voltage. The central inverter may have one MPPT input of more, if it has one MPPT input, this means that it accepts one or more strings which are the same, we mean they must be equal in number of panels and output power capacity.

This solar inverter DC input will be connected to one solar panel and may be two solar panels. The AC output from several micro inverters will be combined together and feed an electrical grid switchboard, so each one or two solar panel existing in the solar system array may have a different orientation to gather the maximum amount of solar radiation. 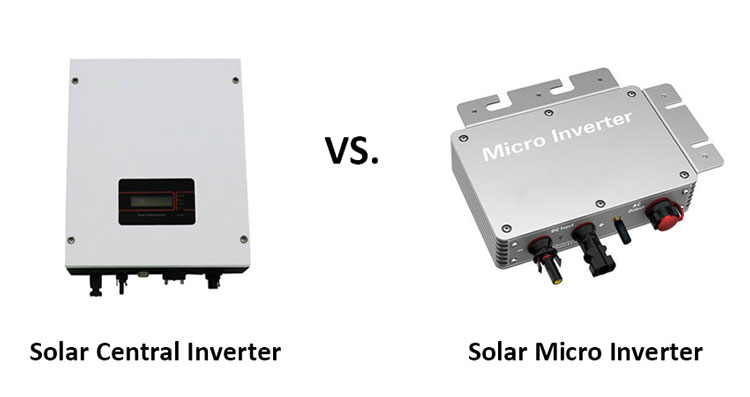 Which one is better?

The main disadvantage of micro inverter is its high initial costs over the central inverter, as we use many micro inverters to be equivalent to one central solar inverter, also the several micro inverters existing on the site will increase the system complexity, then the probability of fault happening and this will lead to more expensive site services.