The micro grid inverter is a small plug and play device which is usually connected to one solar panel/module to convert DC to AC electricity, and that is its mainly difference from other solar string and central inverters which can be connected to multiple solar panels. In addition, the output from several micro-inverters are always connected together to electrically feed one electrical grid panel.

It has been a part of the solar systems industry for a long time period. It’s practically used since the year of 1980. The only issue for its first time use is that it was not cost competitive compared to other large central and string solar inverters. Because it is manufactured from expensive power components at that time, like small transformers, capacitors, etc. 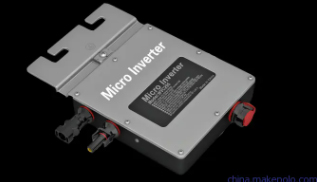 As time goes on, after the year of 2010 multiple micro inverters brands have entered the global market with less prices, but it is still low market share, because it still more expensive than conventional staring and central inverters. However, the micro inverters are strongly used in some conditions which we can not use other larger inverters:

Not only the micro-inverter itself cost is a bit higher than others, but also its associated installation and packing accessories costs. Such as 300 watt MPPT solar grid tie inverter can adopt reverse efficient power transmission technology. Because we install one inverter for each solar panel, we use more installation accessories like distribution boxes/panels and cables, also packing after manufacturing process. Recently and in order to reduces such costs, some micro inverter model/brands are connected to two or three or four solar panels. Also, some others place two micro inverters in single box, they are just trails and new thoughts to reduce micro inverter cost.

Although the micro inverter is still costly compared to others, but its connection to one solar panel allowing us to tune and isolate the output of each panel, then any solar panel with under performance will not affect other panels around. In that way, the whole solar array will produce approx 5-7% power increase more than it would be in case of the string inverter.