How to Use Solar Inverter Safely?

To realize the potential function, solar PV system shall improve the power generation efficiency to reduce the cost per kilowatt. It is widely known that solar cell manufactures are constantly making efforts to improve the basic efficiency of converting solar radiation into power. Meanwhile, PV manufactures are also improving the design of the next generation inverter. By adding the diagnosis function and other functions, they have improved the inverter power and efficiency and have improved its intelligence and function.

In control circuit of the solar inverter, the DC offset of the current senor adopted by it displays the DC of the output circuit. Thus, the offset shall be minimized. Strict requirements is put forward on the DC power supply that can be accepted by grid. For the designers, the problem is that the requirements are different in different countries. In addition, some requirements are expressed by the rated current percentage (e.g. 0.5%) and some is expressed by the absolute limits of 20mA (British Standard). In all these cases, the small DC in the large AC shall be measured and the minimum offset and drift shall be guaranteed. 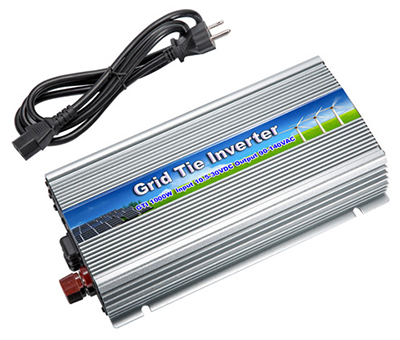 Another safety issue that shall be emphasized is the earth leakage issue. If no transformer is equipped, the solar cell drain capacitance and human body impedance always adopt grounding connection. The residual current device (RCD) shall be used to detect the unsafe current flowing into the ground or the current sensor of appropriate specification shall be used to include the RCD function into the solar inverter. Based on this method, the system can be started and operated at different regulated safety levels (several milliamperes) (AC and DC). At the same time, it can bear the strong grounding current generated by the capacitance between the solar cell device and the nearby ground.

The output terminal of the solar inverter shall be emphasized to ensure the synchronization with the grid. The solar inverter has to output the sinusoidal AC. Thus, the harmonic wave shall be minimized. At the same time, the rapid response to the current changes at one grid side shall be guaranteed. The adopted sensor shall has fast response speed and the low zero drift. Reducing the zero drift caused by the temperature change is also benefit for the reducing the dependence on complex compensation algorithm. On the contrary, it is necessary to minimize the current phase change at the DC input terminal of the solar inverter that monitoring MPPT by the sensor. Thus, the open-loop sensor with low cost can be used.

The solar inverters that are not connected with the power grid, such as the rechargeable battery adopted in standby system, are not limited by state grid. However, they also need to meet many same safety and efficiency requirements.

The safety criteria that shall be followed by solar inverter designers may become stricter and stricter. For instance, just like the limit on the input of DC power into the grid, some consensus may be reached on the allowable total harmonic wave of the solar inverter output current. By far, many different local limitations are put forward based on the layout situation. Thus, it requires that when the power grid frequency is greatly higher than 50Hz or 60Hz, the current shall be measured accurately.