The Efficiency of Wind Turbine in Different Direction

Wind energy is one of the most promising renewable energy sources in the world today. A Doctor from Iowa State University and his team studied the effects of the relative rotation direction of two tandem wind turbines on power generation performance, flow characteristics in turbine wakes, and the effect of the resulting wind load on the turbine. 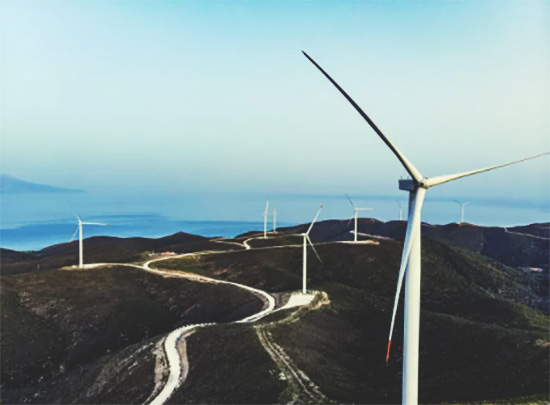 Although most wind turbines in modern wind farms are single-rotor wind turbine (SRWT) systems, the concept of a counter-rotating wind turbine (CRWT) system has been proposed in recent years. Because of the azimuth velocity generated in the wake behind the wind turbine, it rotates in the opposite direction to the upstream rotor. Therefore, the downstream rotor should rotate in the same direction as the eddy wake of the CRWT system in order to extract energy from the wind wake more efficiently.

It turns out that turbines that rotate in the opposite direction harvest more wind energy from the same head-on wind than turbines that rotate in the same direction. Although the recovery of flow-velocity defects in the wake was found to be almost identical to that of turbines rotating in the same or opposite direction. But the significant azimuth velocity generated in the wake behind the upstream turbine is thought to be the reason for the better power generation performance of the counter-rotating turbine.