What is Solar Power System?

All solar power systems work on the same basic principles. Solar panels first use the photovoltaic (PV) effect to convert solar energy or sunlight into direct current electricity. Direct current can then be stored in batteries or converted to alternating current through solar inverters to run household appliances. Depending on the type of system, excess solar energy can be fed into the grid to earn credits or stored in a variety of different battery storage systems.

As a rule of thumb, DC power systems can be used only at lower power ratings or in applications where the power load runs on DC power by default, such as LED lights, DC fans, telecommunications systems, cathodic protection systems, etc. 300 watt portable solar power system can withstand the loads with a large starting current. 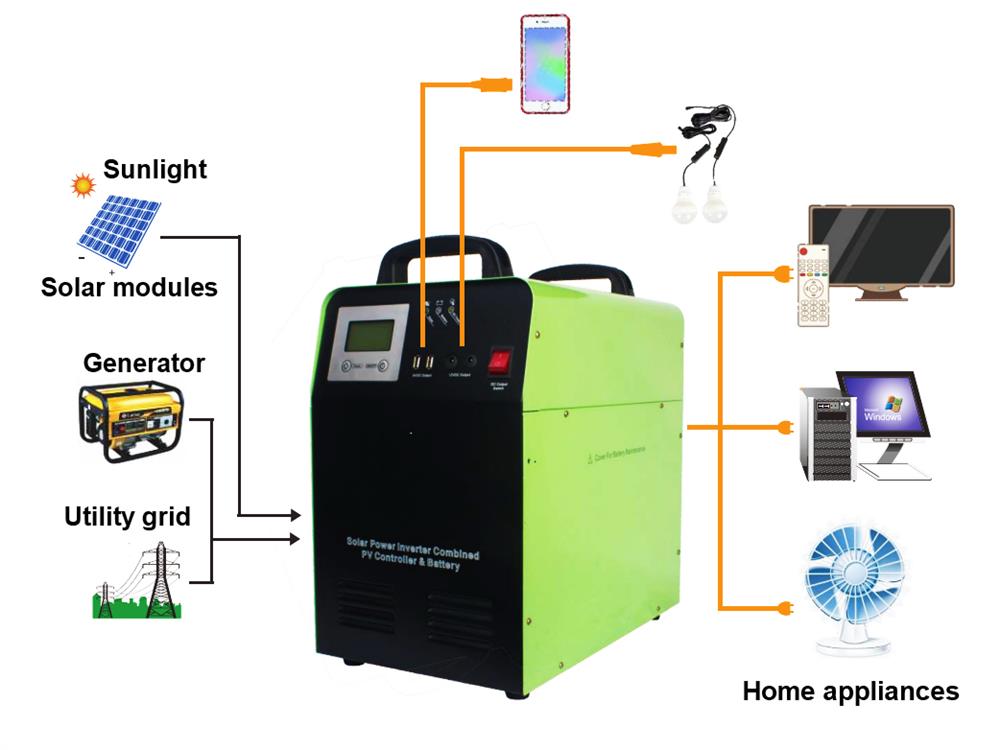 In many cases, solar panels may not get direct sunlight. They may be shadowed by surrounding buildings or trees, away from sunlight, or simply affected by weather conditions such as clouds, rain or snow. Solar panels can generate energy in both cloudy and overcast weather, but the amount of energy depends on the "thickness" and height of the cloud, which determines how much light can pass through. The amount of light energy is called solar radiation and is usually averaged over an entire day using the term peak solar hours (PSH). The PSH or average daily sunshine hours depends primarily on location and time of year.