How Do Photovoltaic Cells Work?

The effect of light on the electrical properties of certain materials has been known for more than 150 years. This is called the photoelectric effect. They convert light directly into electricity. Most photovoltaic cells are made from silicon, the core element of all modern electronics. What makes silicon special is its electron arrangement: it has four of the eight possible electrons in its outermost shell. That means it forms perfect covalent bonds with four other silicon atoms to form a lattice structure.

This binding mechanism means there are very few free electrons floating around, which is what we need to generate electricity. After all, that’s what electricity is really about: the flow of electrons. Due to the arrangement of bonds in its crystal structure, silicon in its pure form does not have many free electrons, so we "doped" it. 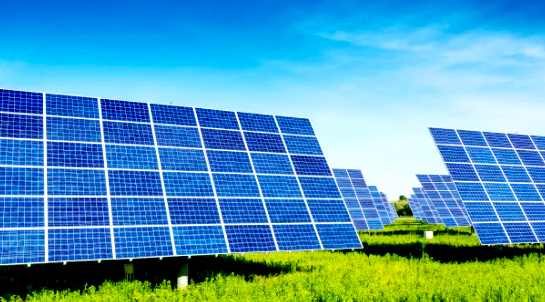 Doping adds impurities to silicon to change the way its atoms bond together and share electrons. Add a small amount of phosphorus and it has five electrons in its shell, compared to four in silicon, meaning that the extra (fifth) electron has nothing to bond to, so it is free to roam around and generate an electric current. Electrons have a negative charge, so when silicon is doped in this way, it is called a negative material: n-type.

Silicon is the most commonly used material for photovoltaic cells because it absorbs maximum energy at a wavelength of about 800 nanometers, close to the peak of solar radiation. The radiation emitted by the sun ranges in the spectrum from about 300 nanometers to 2,000 nanometers, but so far most have been in the 420 to 700 nanometers range.

The reasons why phosphorus and boron are most commonly used as dopants are somewhat complicated. To generate a flow of electrons within a solar cell, electrons must be excited from their stable "ground" state to the higher energy levels they need to move from the P-side to the N-side. This energy corresponds to the electronegativity difference between the two layers. Anything less would not be enough to "knock" electrons out, and any extra energy would be wasted.

Facts have proved that the electronegativity difference between phosphorus-doped and boron-doped silicon is almost equal to the energy provided by one photon of sunlight, making them ideal dopants for silicon solar cells.

In our daily life, we will use high-power photovoltaic systems to apply to our life. Such as 1500watt portable solar power generator. It applys to solar car or electric car, ventilator fan; power supply for desalination equipment; satellites, spacecraft, space solar power plants.

Solar energy is likely to continue to exist in the future, so much so that we can think of it as endless. In essence, it's renewable, unlike the fossil fuels we use that run out. In addition, the use of solar energy will not cause air pollution or damage the earth's surface. It does not require difficult and expensive extraction procedures.