Payback period refers to: In how many years our solar system will return back its fixed and running costs we should pay for. Basically, before proceeding in purchasing/installing any kind of solar system and due to their high initial costs, we need to make economical feasibility study to know how to calculate the payback period and whether this solar system will be profitable project or not.

The solar system payback period differs from one country to another based on how to calculate the following factors:

Generally speaking, the more electricity that being used at the site, the faster the payback period. 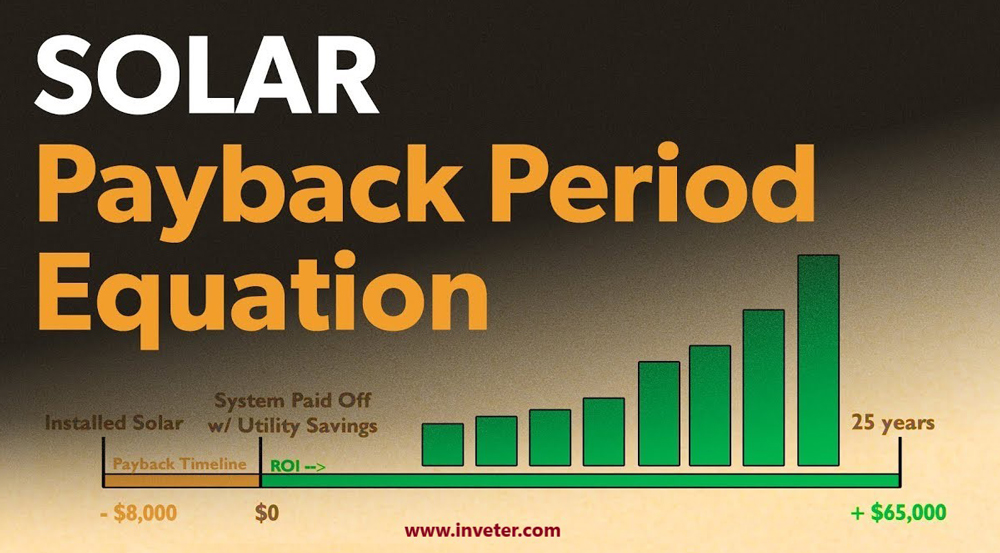 Nowadays, the average payback period for most of solar systems is ranging from five to eight years depending on the factors we mentioned above. So, its important to purchase the high quality and reliable solar system components from the beginning (solar panels, solar charge controller, solar inverter, other accessories), as you will practically start to get the profits after the payback period passed.

For example, if any of your system components failed after 3 or 4 years, you would stuck in paying for repairing/troubleshooting, wasting money and time! Consequently, payback period will be longer and you will not get profits as planned, that is why we strongly recommend to get high quality solar products with good warranty periods at inverter.com store from the beginning. Generally, good brands stand behind their solar inverter by 5 years warranty period at least and stands behind their solar panels by 20 years warranty. Mind that solar panels and inverter is the main components in your solar system, so pay special attention to them.

Good planning, studies and accurate calculation before purchasing/installing the solar system is the key word for payback period project success. And if you don’t have the experience to do this, then no problem, you can get paid solar expert to assist you to calculate it.