How to Improve Efficiency of Power Inverters?

The only way to improve the efficiency of power inverters is to reduce the losses. The main losses of inverters come from IGBT, MOSFET and other power switch tubes, as well as magnetic devices such as transformers and inductors, which is related to the current, voltage and the process adopted by the selected materials. 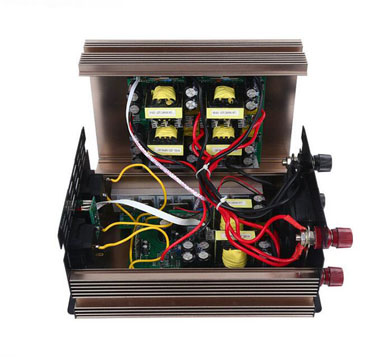 It can be divided into copper loss and iron loss. Among them, copper loss refers to the loss caused by resistance of inductance coil. When current is heated by passing through the resistance of inductance coil, part of electric energy is transformed into heat energy and lost, and because the coil is usually wrapped by insulated copper wire, it is also called copper loss, which can be calculated by measuring the short-circuit impedance of transformers. Iron loss includes two aspects: hysteresis loss and eddy current loss, which can be calculated by measuring the no-load current of transformers.

Techniques to improve the efficiency of inverters

At present, there are three technical routes to improve the efficiency of power inverters.

SVPWM is a fully digital control method with the advantages of high utilization rate of DC voltage and easy control, which has been widely used in power inverters. With high utilization of DC voltage, lower DC bus voltage can be used under the same output voltage, which reduces the voltage stress of power switching devices, reduces the switching loss on devices and improves the conversion efficiency of power inverters to a certain extent. In space vector synthesis, there are many combinations of vector sequences. Through different combinations and sorting, the effect of reducing switching times of power devices can be achieved, which can further reduce the switching losses of power devices of power inverters. 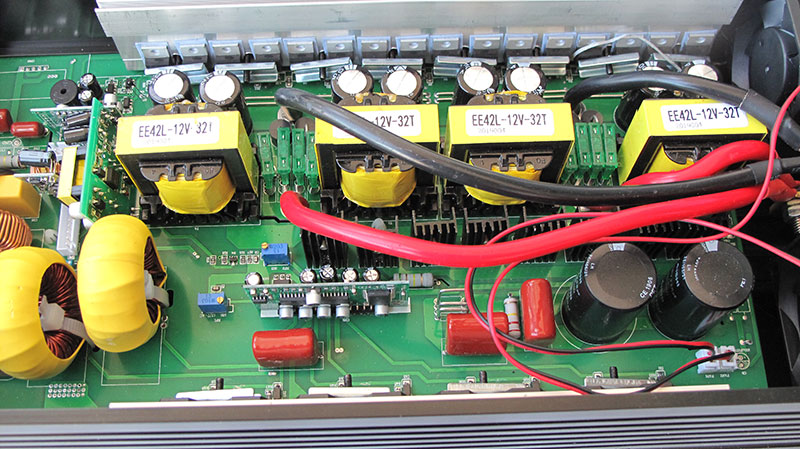 By resonance principle, soft switching technology can make the current or voltage in switching devices change according sine or quasi-sine law. When the current crosses zero naturally, the device is turned off, and when the voltage crosses zero naturally, the device is turned on, thus reducing switching loss and solving the problems of inductive disconnection and capacitive opening. Moreover, there is no switching loss in the switch when the voltage at both ends of the switch or the current flowing through the switch is zero, the switch is turned on or off. Three-level powewr inverters are mainly used in high voltage and high power scenarios, which increases zero-level output and reduces the voltage stress of power devices by half compared with the traditional two-level structure. For this reason, three-level inverters can adopt smaller output filter inductance than two-level inverters under the same switching frequency, which can effectively reduce inductance loss, cost and volume. Meanwhile, three-level power inverters can adopt lower switching frequency, lower switching loss and higher conversion efficiency than two-level power inverters under the same output harmonic content.