What Does a Solar Inverter Do?

The solar inverters do 5 key duties, as following:

That is the main job of the solar inverter, is to provide AC power required to operate all of our business and residential equipment from DC power generated from solar panels. 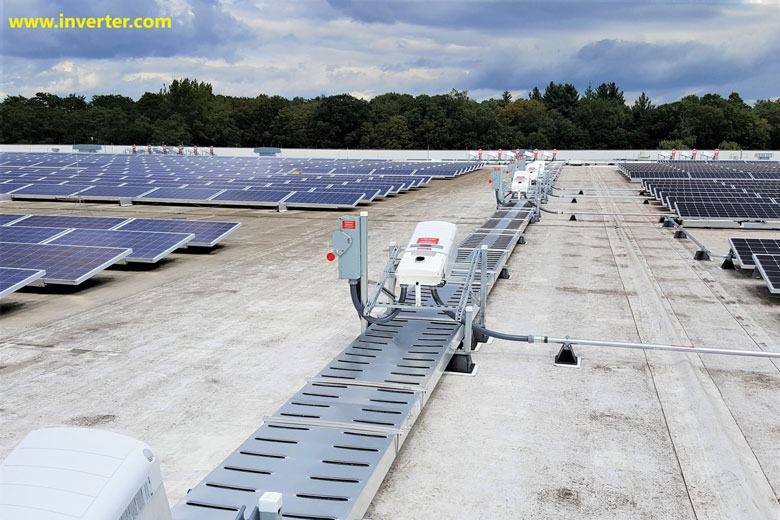 The solar inverter is continuously monitoring the solar array output voltage, and through its internal dedicated electronic circuit it provides max power, and that is called MPPT feature which exist in all advanced solar inverters.

Also, the solar inverter can indicate which string has reduced output power, so solar system operators can check whether this is due to shading or modules degradation or anything else, then take corrective action accordingly.

3. Connecting with the power grid

This duty enables solar system owners/operators become able to communicate with the solar inverter via different means like Wi Fi, Bluetooth, or wired ethernet. So, they can know the power production and receive error code from the solar inverter on their computer or smart phone, this will help in better monitoring, controlling and troubleshooting the solar system.

Some concerns of attackers who may attack the system through one of these communication protocols will arise, but we don't consider it as a big problem because solar scientist and experienced engineers are working in developing advanced software to fully secure the system

5. Capability to shut down in case of short circuit

The short circuit may happen due to many reasons like grid components degradation/aging, and in case of happening, the solar inverter will disconnect itself because it is programmed to indicate such arcs, so assure safe and reliable operation.

At the end, by accomplishing the 5 duties mentioned above, it becomes clear why the solar inverter is the brain of the solar system.