What is Solar Inverter Clipping?

As we know, the solar panels will produce DC electricity which will be converted to AC electricity afterwards via solar inverter. The AC electricity will be injected to the power grid or to be used directly to power our loads like domestic or commercial building or any other applications.

What we are searching for here is what should be the ratio between DC power generated from the solar panel and inverter AC power (its power rating), what are the advantages and disadvantages if this ratio is above 1 (means solar panel DC generated power is larger than inverter power rating)?

How does the solar inverter output AC power change throughout the day?

So normally, oversizing the solar array power capacity will shift this curve up, which means more energy production can be gotten and vice versa. 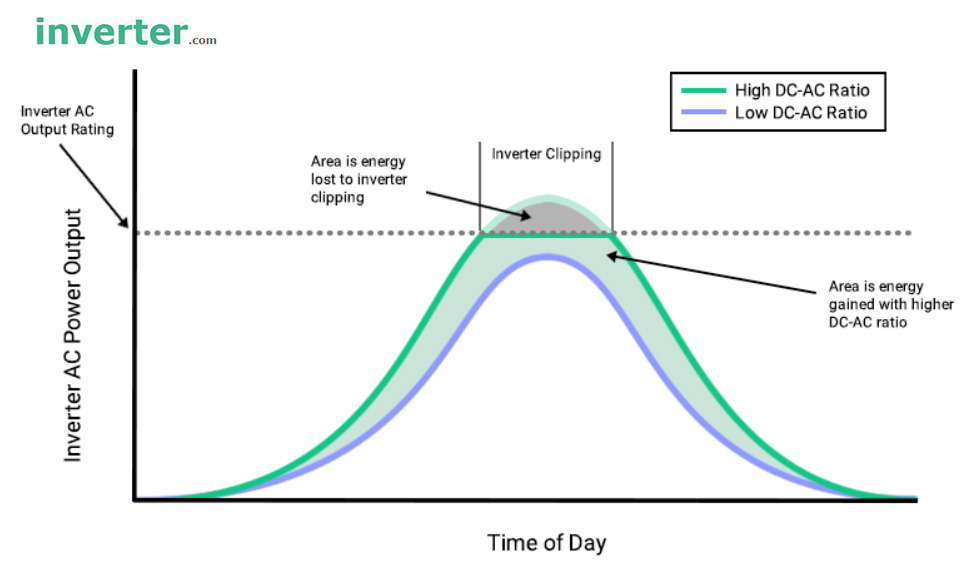 Some solar systems designers add another solar inverter to increase energy production while avoid solar inverter clipping, but the second solar inverter price and installation cost should be taken into consideration in compare to extra energy yield we shall get.