Difference between DC and AC Coupling for PV System 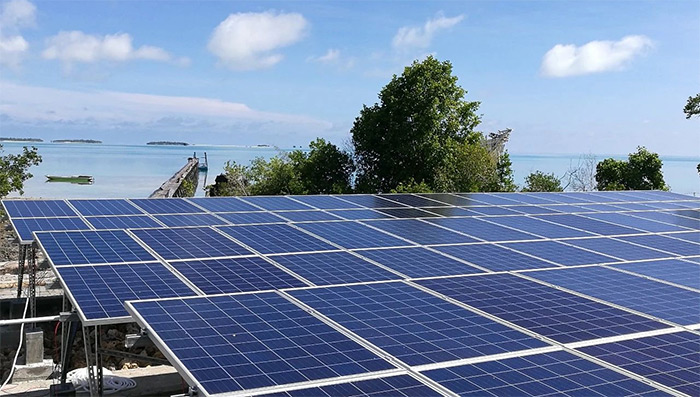 The working principle of DC coupling: When the PV system is running, the battery is charged by the MPPT controller. When there is demand for the electrical load, the storage battery will release the power, and the current is determined by the load. The energy storage system is connected to the power grid. If the load is small and the battery is full, the PV system can supply power to the grid. When the load power is greater than the PV power, the grid and PV can simultaneously supply power to the load. Because the PV power generation and load power using are not stable, it depends on the battery to balance the system energy.

As shown in the figure below, the DC power sent by the PV component is converted into AC power through the solar inverter, directly to the load or the grid. The grid can also charge the battery through the bidirectional DC-AC bidirectional converter. The gathering point of energy is at the communication end.

The working principle of AC coupling: Include the PV power supply system and storage battery power supply system. The PV system is constituted by a PV array and a grid-tie inverter. The battery system consists of a storage battery and a bidirectional inverter. These two systems can operate independently without interfering with each other, or they can be separated from the large power grid to form a microgrid system.

Both DC coupling and AC coupling are mature solutions, each with its own advantages and disadvantages. According to different applications, the most appropriate solution should be selected. The following is a comparison of the two solutions.

The DC coupling system, controller, battery, and solar inverter are connected in serial, with tight connections, but less flexibility. The AC coupling system, grid-tie inverter, battery and bidirectional inverter are parallel, with no tight connection but better flexibility. If it is necessary to install an energy storage system in an installed PV system, it is better to use the AC coupling. As long as the battery and the bidirectional converter are installed, it does not affect the original PV system, and the design of the energy storage system is not directly related to the PV system in principle and can be determined according to the needs. If it is a newly installed off-grid system, the PV, storage battery, and inverter should be designed according to the user's load power and power consumption, and it is more suitable to use the DC coupling system. However, the power of the DC coupling system is relatively low, generally less than 500 kW. The larger system is better controlled by AC coupling.