On Grid vs Off Grid - Which is the Better?

In order to install photovoltaic solar system in your building, you need to choose in between 2 main solar system types: On Grid and Off Grid. Which one will be the most technically suitable and cost effective as well? As an one-top online shop, inverter.com provides full range of solar inverter products to customers worldwide. On grid inverters, off grid inverters, micro inverters could be found in our shop.

If your building is already hooked up to the electric utility power, then we never recommend using Off Grid solar system, and that is the case we refer to in the title. Let us discuss the four reasons which lead to this judgement: 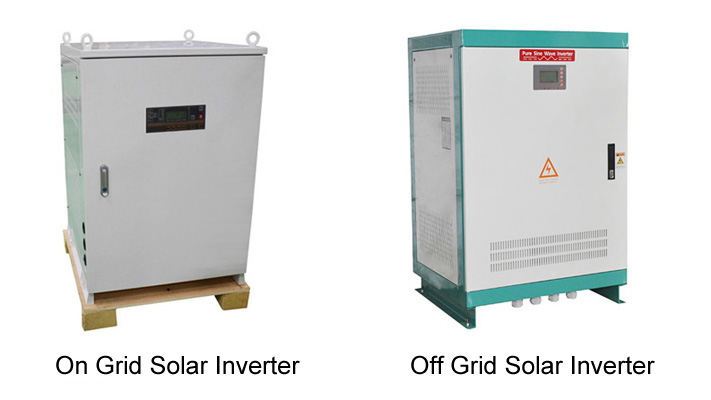 First: On grid solar inverter system is less expensive than off grid solar system, as it doesn’t require batteries which is needed to electrically feed the loads in the night where there is No sun. Inverter.com offers single phase and three phase on grid inverters from 300 watt to 50kW capacity, you could select one desired for your on grid system.

Third: On grid solar system is more flexible, you can run any load power capacity and any time you want without limitation, also with the best design, you will be able to eliminate your electricity bill over the solar system life time which may extend to 25 years. Moreover, you can sell extra electricity generation to the electric utility, especially in summer months where the sun is shinning most of the day with high radiation.

Fourth: On grid solar system is considered as electricity generation source when it injects electricity back to the electric utility, so it’s one of renewable energy sources which contributes in reducing carbon gas emissions and protect the environment. It’s our duty to our earth planet!

One of amazing design approaches in on grid solar system, is to connect emergency backup batteries to it, so get benefits of both solar on grid and off grid systems. By this way, you will have the regular power grid source in addition to your solar system batteries, so you can switch to batteries in case of power grid failure at the night, consequently you will keep your loads operating in all emergency conditions.