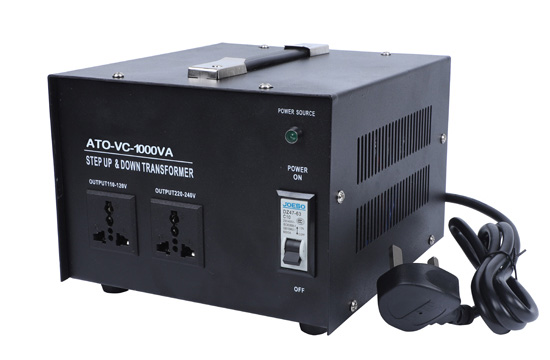 Power inverter and converter are both considered as a kind of transformer, used for voltage conversion. The use purpose of the power inverter and the converter are the same, to realize the voltage converting from one kind of voltage and current to another kind of voltage and current suitable for the load. The power inverter performs the conversion from direct current power into high voltage alternating current. The converter also does a similar job, converting the mains power into another desired power.

Both uses PWM technology. Power inverter and converter both have adopted the pulse width modulation (PWM) technology, and the core part is an integrated PWM controller.

Although both the power inverter and converter are used for voltage conversion, actually they make different power sources conversions so they are suitable for different uses and applications.

The power inverter converts low voltage direct current (DC) into high voltage altenating current (AC). It can be used to convert the DC power like 12V, 24V or 48V from solar panels, or batteries into the AC household power like 110V, 220V, 240V, etc., to charging the appliances at home, in the car, outdoor or other remote sites where the AC power is needed.The power inverter is suitable for the situation where the AC electricity is not accessible but the DC power is avaliable. According to the output wave form, the power inverters can be divided into square wave inverter, modified square wave inverter, and pure sine wave inverter, which can be chosen according to the practical applications.

However, the converter is used to transform the supply power source to a required power source. The most common converters are to step down from 220V to 110V or step up 110V to 220V. Due to the different power environments of countries around the world, there are differences in the daily electricity. The converter provides a great convenience for the people to use the device from one region to another region.