Today we will introduce a design of 5kW off-grid solar photovoltaic power system for small fish farmer including the configuration and some calculation methods step by step.

There are some basic data to be clarified for the preparation of solar power system design. 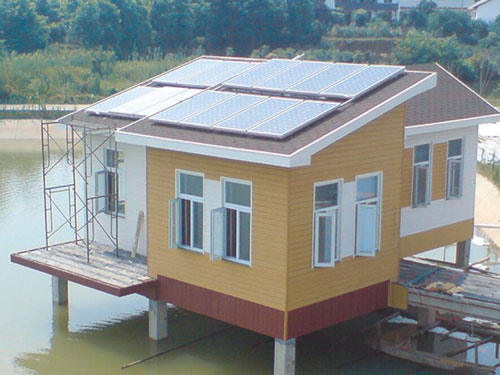 Now we take a design of off-grid solar power system for a small-scale fish farmer near a lake as case study. Due to long-distance power grid construction, not only the cost is high, but also the conductor power loss and voltage loss are huge. Meanwhile, the stability of power use cannot be ensured due to the typhoons, and the accidental power failure happens on a frequent basis, which can affect the power use for production and life. Therefore, the off-grid solar power system is adopted. The sunlight radiation intensity in the daytime is high, and the power generated by solar power system is directly provided to the solar inverter output to support the operation of electric devices. At the same time, the batteries are charged, and provides the power for the devices via the inverter at night.

Here is some basic data to be known before. The voltage here in daily life is AC 220V 50Hz, and the commonly used appliances or devices mainly include:

These devices are not used simultaneously. The pump oxygen-generating machine operates in the daytime when there is sun radiation but rests at night. The power of other devices is around 3000W, and their daily electricity consumption is around 10 kilowatts. Since the lake surface illumination is adequate, the self-stored electricity on overcast and rainy days is not taken into consideration. 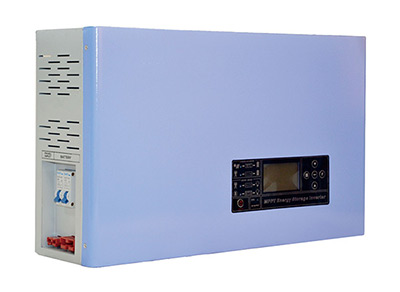 According to the data provided by users above, at this off grid solar PV system design, the all-in-one solar inverter with MPPT charge controller is adopted. This 5000W solar inverter with MPPT charge controller has 48V 7kV power capacity, power factor ≥0.8 and conversion efficiency ≥85%. The actual on-load power can reach 5000W, which can satisfy the requirements of user’s devices output power.

According to relevant technological standards of the batteries, to set the battery discharge rate to be 0.5C2 is relatively economically reliable, which can ensure the battery’s circulated charge and discharge times, and effectively extend the battery’s service life. Thanks to the ample lighting on the lake, the photovoltaic directly adopts the inverter output in the daytime. Not through the repeated discharge procedures of the batteries, the electricity consumption of electric devices at night is small, and the discharge duration is short. Therefore, this design properly increases the battery discharge capacity to 0.6C2. Then, the actual batteries’ capacity can be given as below:

Here, the battery capacity is set to be 400Ah, then the total capacity is 48V 400Ah. The lead-acid batteries is 12V 200Ah per piece. Four pieces are connected in series, while four connected in parallel. So eight batteries are needed in total.

After the capacity of the batteries is calculated, the power of solar panel module is calculated. The lake is located in a position with a high solar radiation intensity, and the effective sunshine time is as long as 6 hours. The polycrystalline silicon photovoltaic modules are chosen, with the photoelectric conversion efficiency being as high as 16%.

The solar power generation can be given by the following equation:

The lake belongs to the area with the frequent occurrence of thunders. The isolated sheds and the surrounding forests are vulnerable to lightning stroke. Therefore, the photovoltaic power station must pay attention to the lighting stroke of devices. To introduce the DC high-voltage anti-thunder module can effectively protect the use safety of the inverter, AC distribution cabinet and other devices. At the same time, the large-power anti-countercurrent diode within the combiner box can effectively avoid the back discharge of the batteries to the module and cause the module’s burning when there is no photovoltaic at night.

The solar panel supporter is an indispensable accessory to the photovoltaic power system, which can fix the photovoltaic module. The user can also set up the supporter onsite to reduce the costs, fasten the module and resist against rustiness.

The cable is a wire which connects the module, inverter and the DC distribution cabinet. Part of the cable is used in the open air. Considering long-term exposure to the sunlight and rain-wash, the cable, which is resistant towards high temperature, oxidization and UV, can be chosen to guarantee the system’s normal operation. The cable should be the rough copper core full line with a large cross section and a small resistance to reduce the voltage reduction caused by long distance, which, if not prevented, might affect the power generation efficiency.

To sum up, the case study above provides a comprehensive introduction of design of the off-grid solar photovoltaic power system. It is hoped that the above introduction can be helpful to you.