Will a Car Inverter Damage Your Car Battery?

The car starts the engine with the help of storage battery, and the motor starts to generate electricity after the engine turns. Part of the electricity generated is used for engines (mainly spark plugs) and the rest is stored in battery. When the car battery is full, the extra electricity is wasted.

The working of car inverters include two state: engine start-up state and stop state. Under start-up state, the extra electricity is used completely, which has no effect on the car, while in the stop state, the storage electricity in the battery is used. Since the car storage battery is always in the state of charging - consuming - charging - consuming, it will not be affected by supplying a little power to the car inverter, but it should be noted that the engine neutrality should be started for 10-20 minutes to generate electricity. Otherwise, the power stored in the battery will be used up. 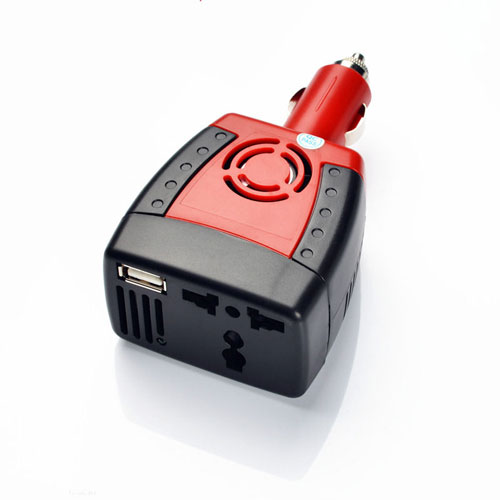 If the power inverter is only inserted into the cigarette lighter without connecting with other electrical appliances, it is equivalent to no load. If there is a load (i.e. a 65W laptop is connected), and the efficiency of the inverter is 90%, which is equivalent to supply 72W power by the car battery. The service life of car battery is related to the number of charges and discharges, so connecting with electrical appliances will increase the number of charges and discharges of car battery at most, which certainly has an impact on the battery life, but not be very large. However, for smaller-power appliances, the effect on storage battery should be similar to that of turning on the radio. Absolutely, good batteries will be more durable and relatively able to withstand this load. There are batteries specially designed for the frequent use of electronic equipment in the car, which will cause less damage to the battery and the car.

Tips for use a car inverter properly

1. Car inverters should be used strictly in accordance with the user manual.

2. The output voltage of the inverter is high-voltage AC power, which is placed in a narrow space and in a movable state, so you should be more careful. To avoid electric shock, you should put it in a safer place (especially away from children!).

3. You’d better cut off its input power supply when not using it.

4. Do not expose the inverter to sunlight or outlet of the heater. Had better not run the inverter in an environment over 40 degrees.

6. The output power of car inverters must be greater than the usage power of electrical devices, especially for the appliances with high start-up power, such as refrigerators and air conditioners, which should be left a larger margin.

8. Car inverters should be placed in a ventilated and dry place but not expose them to rain. Keep the inverter a distance of more than 20cm from the surrounding objects and away from flammable and explosive products. Avoid placing or covering other items on the car inverter.