Inductor heating is one of the common faults in the use of sine wave inverters. There are two problems resulting to inductor heating: excessive loss on the inductor and poor heat dissipation conditions. The best way to solve the serious problem of heating is to start from the perspective of loss (inductance loss and magnetic core loss).

Reason 1 for inductor heating of sine wave inverter: the loss of inductor.

In general, the current cannot be reduced, so we can only find a way from the coil resistance. The measures taken are as the following: 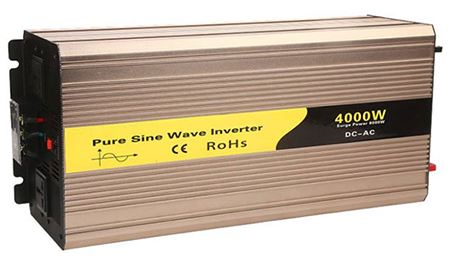 Reason 2 for inductor heating of sine wave inverter: the loss of magnetic core.

The maximum magnetic flux density B and the maximum magnetic field strength H are related to the working state of the circuit. By reducing the ripple current of the inductor, the inductor's hysteresis loss can be reduced. Under the condition that the inductance is certain, the increase of the frequency will be required by reducing the ripple current, but the increase of the frequency will increase the core loss.

In summary, each corresponding method will always cause the deterioration of the other, so there must be a comprehensive trade-off, and needs to be tested and determined. The above only provides some possible methods that may reduce the inductance loss.

As a heat generating device, if the heat dissipation conditions are poor, heat from the inductor will be accumulated resulting to the rise of temperature. From the perspective of the inductor itself, if conditions permit, the surface area of the inductor can be increased, and will be conductive to heat dissipation. If the inductor is installed in a confined space, you can consider opening some small holes on the shell to form air convection inside and outside. A more direct way is to install a cooling fan to the sine wave inverter.