Difference between Sine Wave and Square Wave of Inverter 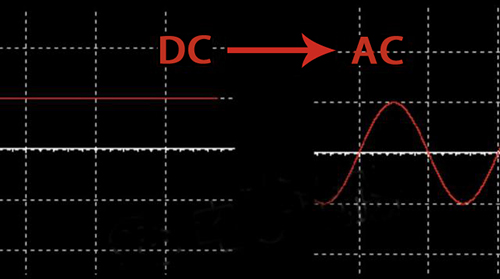 PWM is the abbreviation of Pulse Width Modulation, which is a very effective technology that controls analog circuits using the digital output of a microprocessor. The basic principle of PWM is that as long as the waveform and the shadow area enclosed by the coordinate axis is the same, they all have the same effect regardless of the shape generated from the voltage waveform. This is the area equivalence principle. 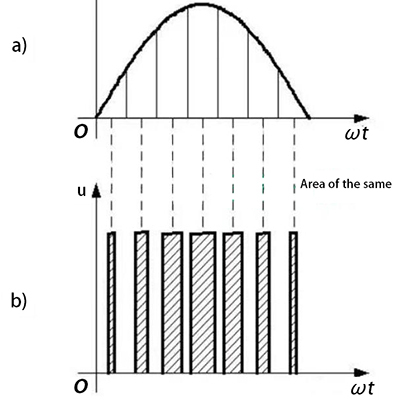 In the above figure, the average voltage of sine wave and square wave output by inverters are the same.

1. The duty cycle of PWM

The commonly used PWM is a rectangular pulse (square wave) waveform. The following figure shows a square wave with of 5V amplitude and a frequency of 50Hz. 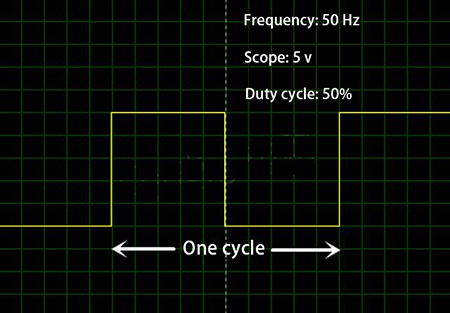 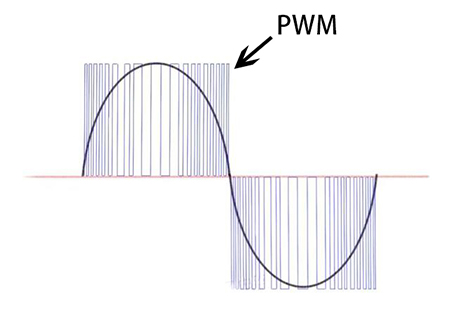 As shown in the figure above, the duty cycle of the PWM changes according to the sine rule. PWM with a large duty cycle is generated in the place where the voltage amplitude is large, and a PWM with a small duty cycle is generated in the place where voltage amplitude is small. During a short time, the average output voltage of PWM is shown by the red line, which can be seen that the waveform has produced a waveform similar to a sine wave. The more precise the PWM is, the smoother the sine wave. 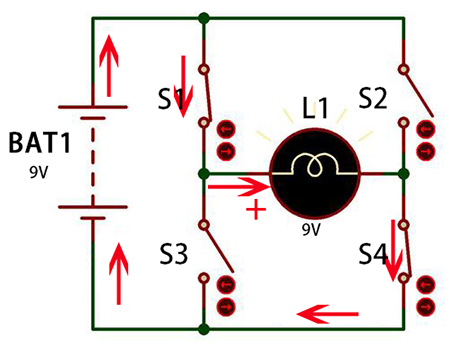 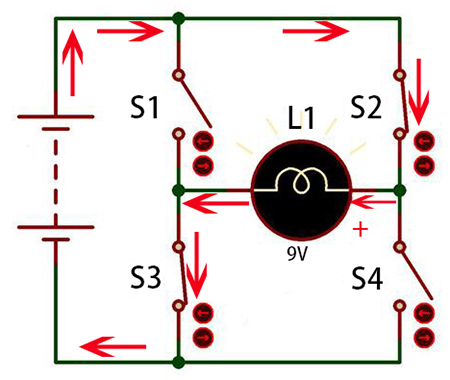 We know that the frequency of the mains is 50Hz, which means that we with turn on and off the switch 100 times per second. We can use a semiconductor switch (MOS tube) to control the on and off actions of the circuit, as shown in the figure below. By inputting control signals at points A, B, C, and D, the on and off of the MOS tube can be controlled, thus current Direction of the load can be changed and wave alternating current square can be output. 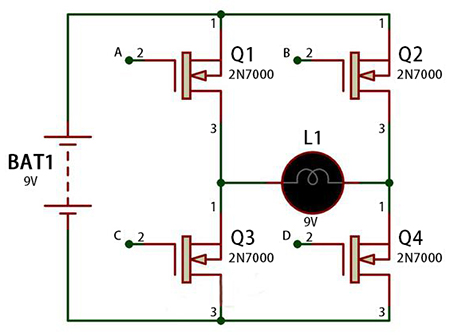