How to Buy a Solar Inverter for On Grid System?

Solar inverter is a main device and important part of PV on grid power system. In order to ensure the normal operation of the solar PV grid tie system, the correct configuration and selection of solar inverters are particularly important. For the configuration of the solar inverter, in addition to considering the technical specifications of the entire photovoltaic power generation system and referring to the product manual, the following technical features should also be considered. 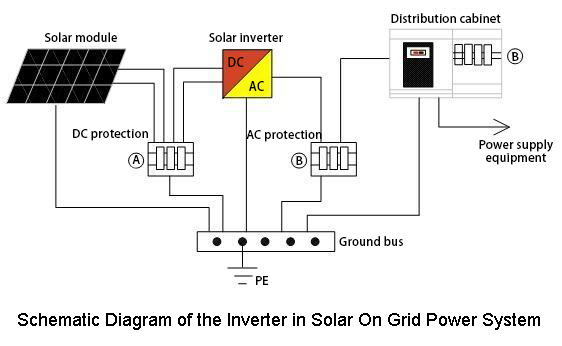 3. Overall Efficiency of the Solar Inverter

4. Start-Up Performance of the Solar Inverter

Solar inverter should be guaranteed to start reliably under rated load. The high-performance solar inverter can be started at full load multiple times without damaging the power switching devices and other circuits. For their own safety, small inverters sometimes adopt soft start or current limiting start measures or circuits.

When buying a solar inverter, the first consideration is the scale of the PV on grid power station. You need to determine whether it is used in the home or in the business. In some places, solar panels cannot be installed due to the structural conditions of the houses, but they are still very advantageous for factories and enterprises. Small family PV on grid power plants are mainly installed for villas.

The second consideration is efficiency. Efficiency is directly linked to power generation.

Finally, reliability should be considered. Photovoltaic grid tie power system is a system that converts the direct current generated by solar cells into alternating current with the same frequency and phase as the grid voltage, and realizes both power supply to the load and power generation to the grid. The PV on grid power system is mainly composed of photovoltaic arrays, solar grid tie inverters, controllers and relay protection devices. The PV array is the main component of the solar on grid power system, which directly converts the received solar energy into electrical energy. At present, photovoltaic arrays used in engineering are generally composed of a certain number of crystalline silicon solar cell modules in series and parallel according to the voltage requirements of the system.