How to Install a Solar Micro Inverter?

300W-1400W solar micro inverters from inverter.com adopt IP67 waterproof streamline appearance design, which can effectively prevent rain erosion on the surface, and has built-in high-performance Maximum Power Point Tracking (MPPT) function, which can better track the changes of solar photometry and control different output power, effectively capture and collect sunlight. Reverse AC power transmission technology is one of our patented technologies. The power output from micro inverters can be used preferentially to provide load. The endless power is transmitted to the power grid in the opposite direction. The power output from inverters can be used efficiently, and the power transmission rate can reach more than 99%. To show you what you can expect, we've outlined a simple six-step guide for a typical solar microinverter installation process.

1. Fix the inverter on the support of the photovoltaic panel with the screw attached to the machine, as shown in the following figure: 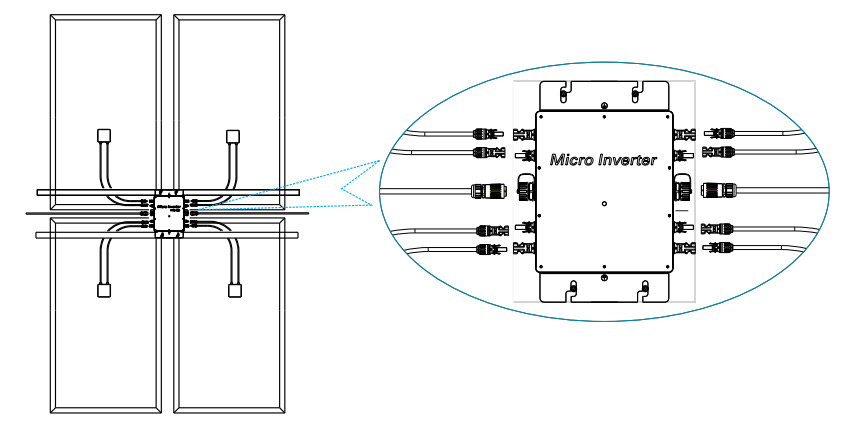 2. Connect the two DC terminal of the PV to the micro inverter, positive to positive, negative to negative. As shown below: 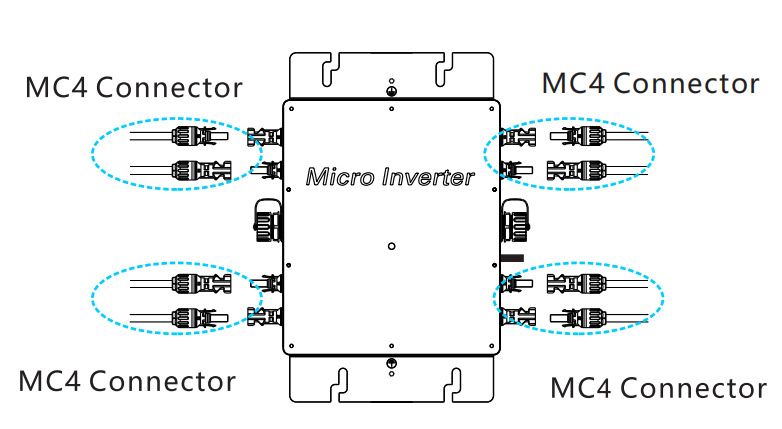 3. Open the waterproof cap on AC output side of the micro inverter, then plug to AC power line. As shown below:

5. Repeat the first step to the third step to complete the installation of micro inverters.